Northland is the beginning of New Zealands history. Soon after battles started between Maori tribes and not long after that, more battles erupted between Maori and the new settlers, the English. Ruapekapeka Pa and the nearby English fort is the last place in Northland of battle between the English and Maori.
"Ruapekapeka Pa Historic Reserve encompasses the pa, and advanced and main British positions from which the battle was fought. The ditch and bank defences of the pa are still visible along with one of Kawiti’s cannon and the well which supplied water to the defenders. The earthen defences of the advanced British position are also still visible."

This was the first Trench Warfare ever encountered by English forces. Google Ruapekapeka. It is a very interesting story. 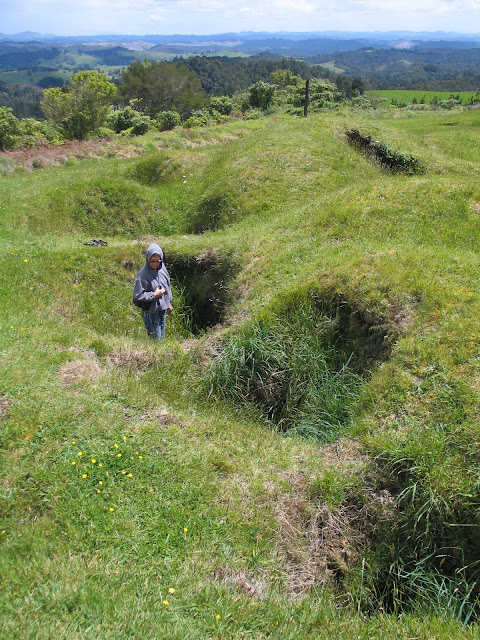 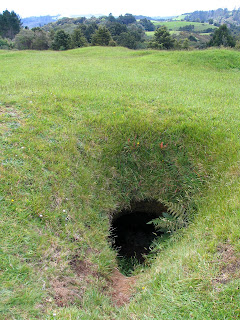 All that aside. from the Pa is one of the most stunning views in Northland. One can see from coast to coast and for miles to the north.

At the South West end of the Pa at the top of the hill a track takes one to the huge ancient Puriri Tree. There is a grove of very old, very large puriri. This is a must see. One tree is 1.85m diameter and very tall for a Puriri. This and the rest are the largest I have seen and possibly the larget remaining. Definately pre human occupation. 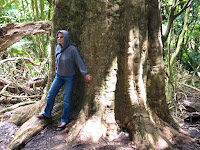 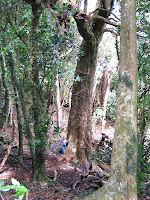 Posted by Melva and Hilton Ward at 9:11 pm